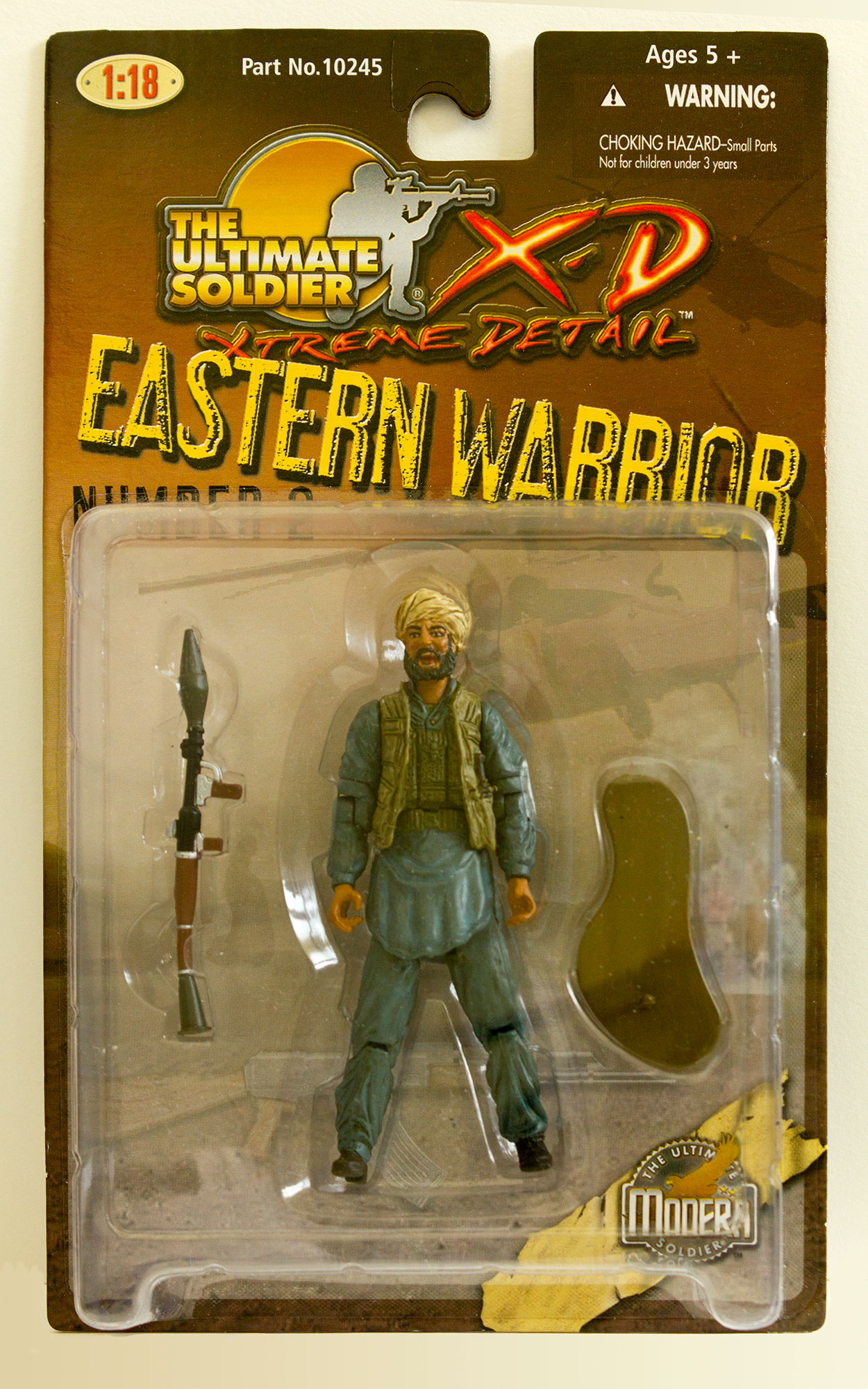 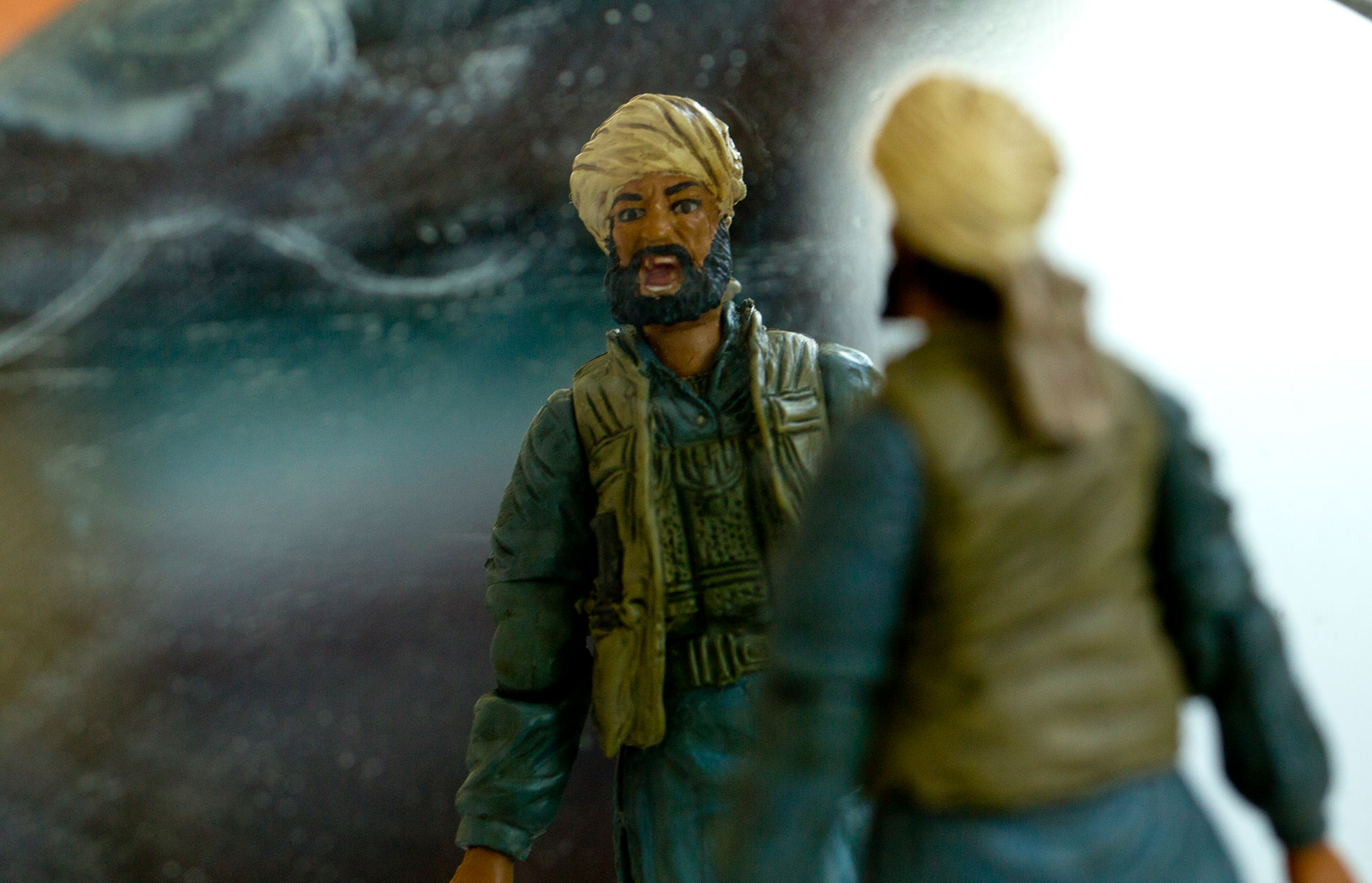 While Canada has long been my adopted home, I still have strong personal ties to Pakistan, the country of my birth. My immediate family and friends continue to live there and like everyone else in the region, the “War on Terror” has had direct and detrimental affects on them. Many of my works respond to the social and political impact this has had and attempts to understand its lasting effects. In my video series Eastern Warrior (2011 – 2013), a stereotypical Afghan warrior action figurine acquires a much more complex personality as he is transformed from a one-dimensional target of vilification to a more complicated figure in his search for meaning.

As an action figurine, he is cast in a permanent state of anger and rage. However, through storytelling, he becomes an ordinary being who has humour, faults, secrets, and fantasies that begin to trouble our knowledge of constructed external identities. He has fears; he has an emotional crisis; he has moments of doubt; and like any other human being, he seeks to make sense of the world that he lives in.