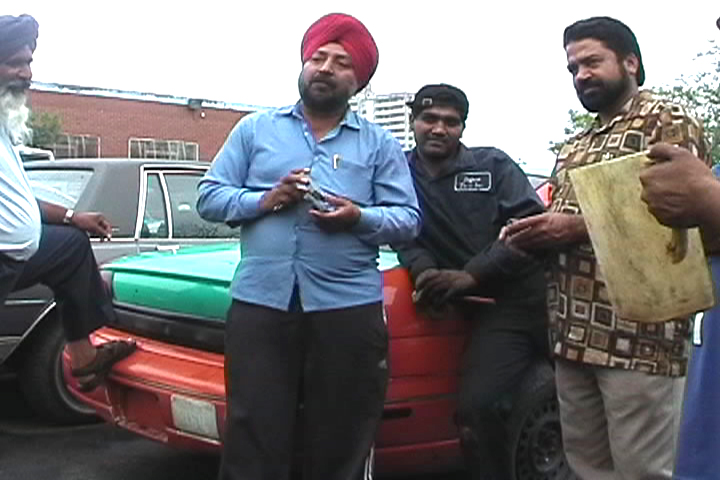 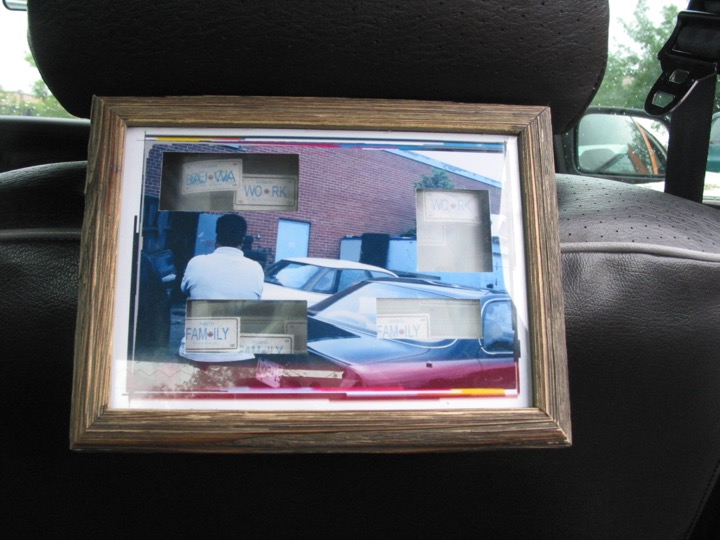 In 2004, I was commissioned by the South Asian Visual Arts Centre (SAVAC) to create and document the collaborative, intervention project called "Peace Taxi". This project explored the private/public space of the taxicab, made more vulnerable for driver and passenger by the post-911 backlash of racism and hate crimes. For this project, fourteen national and international artists were selected to create artwork interventions in Toronto taxis

For my site-specific intervention, I wanted to open-up this relationship further by informing passengers of the driver's personal life. I interviewed Bajwa, a Toronto taxi driver and created a shadow box that featured digital photograph and texts in the form of small license plates that convey his wishes and dreams. This was placed behind the taxis front seat, facing the passenger to show aspects of Bajwa's identity that goes beyond the information found on his driver ID card. I also filmed and directed a short documentary about the project.