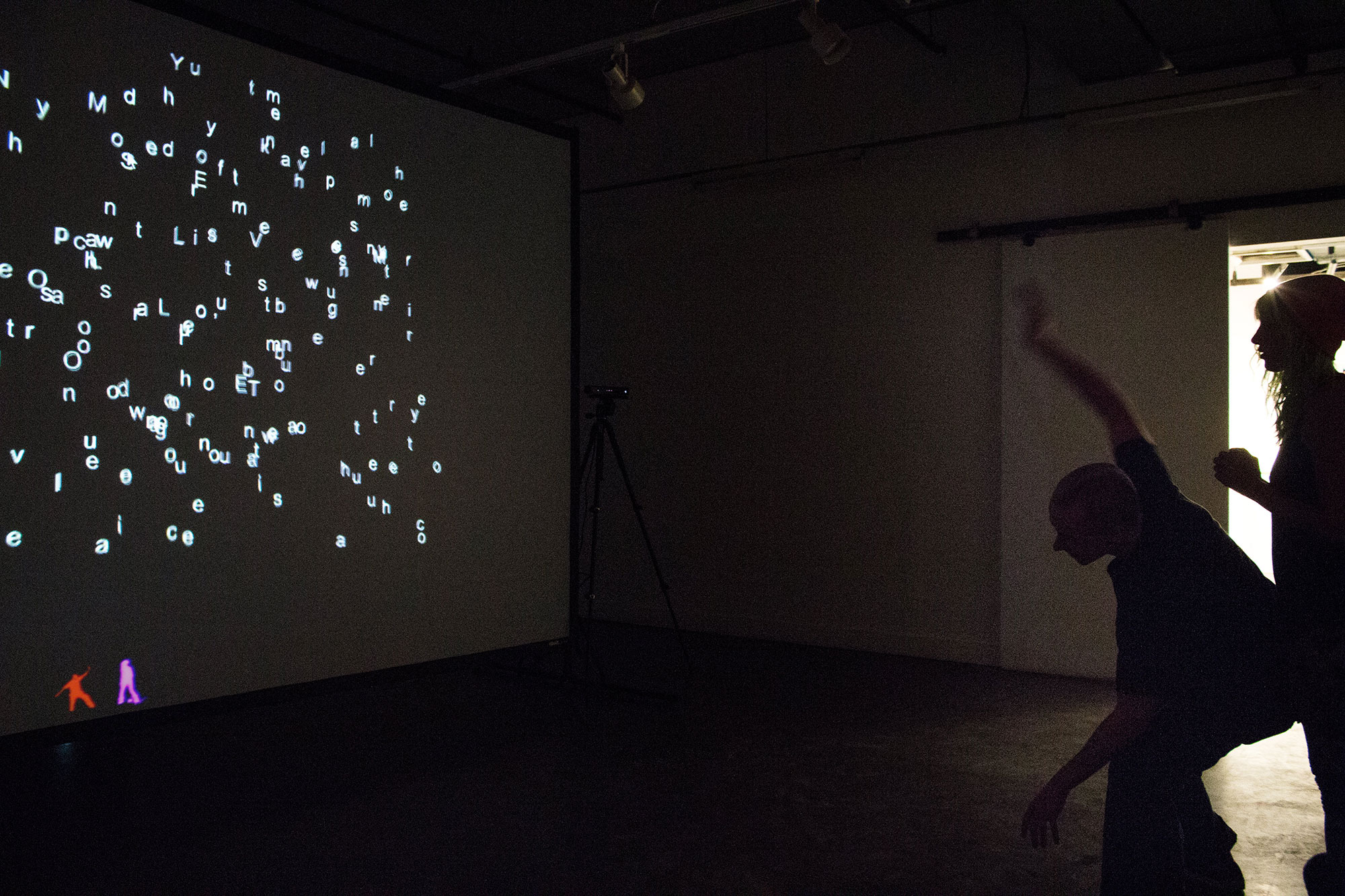 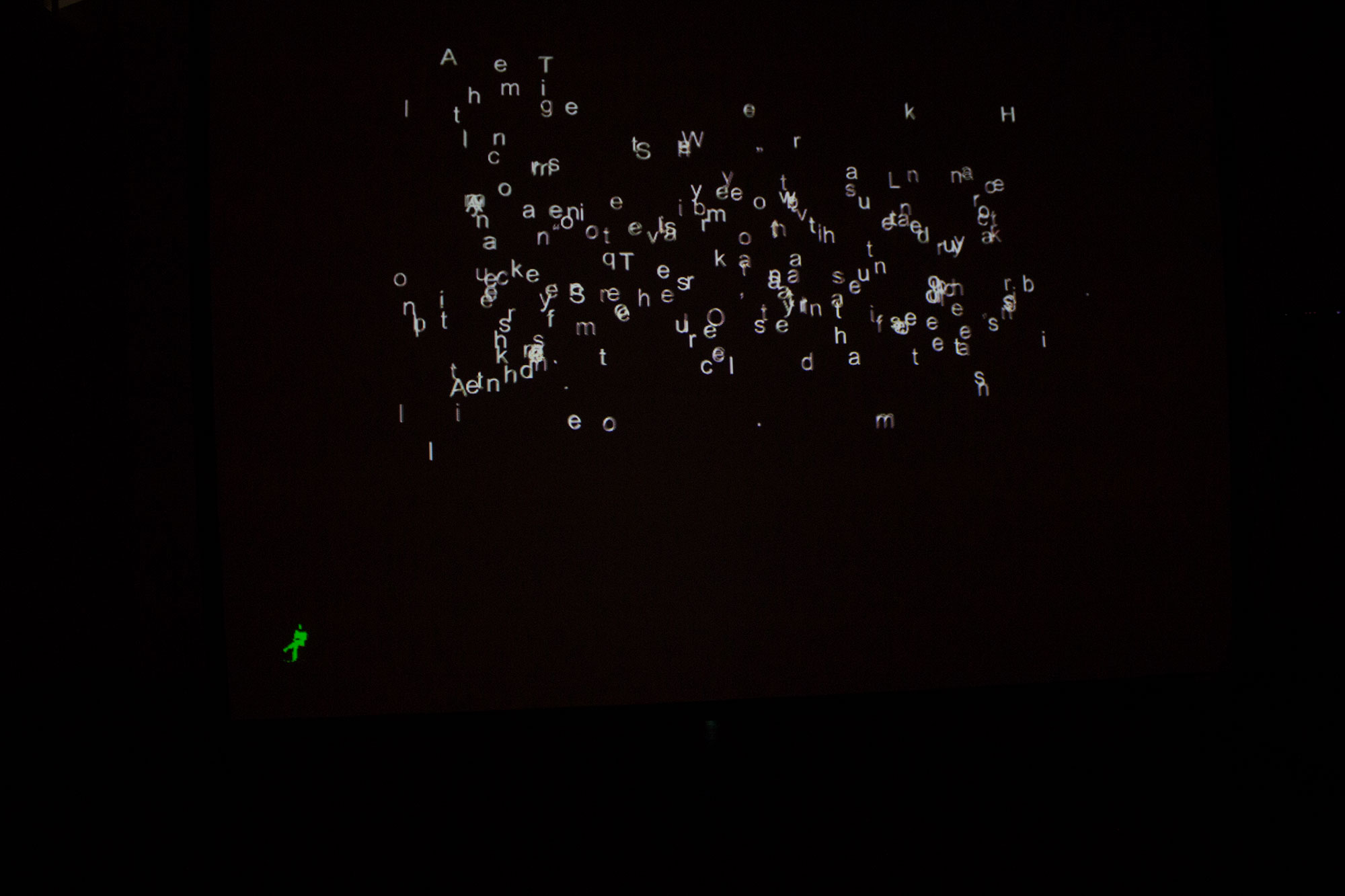 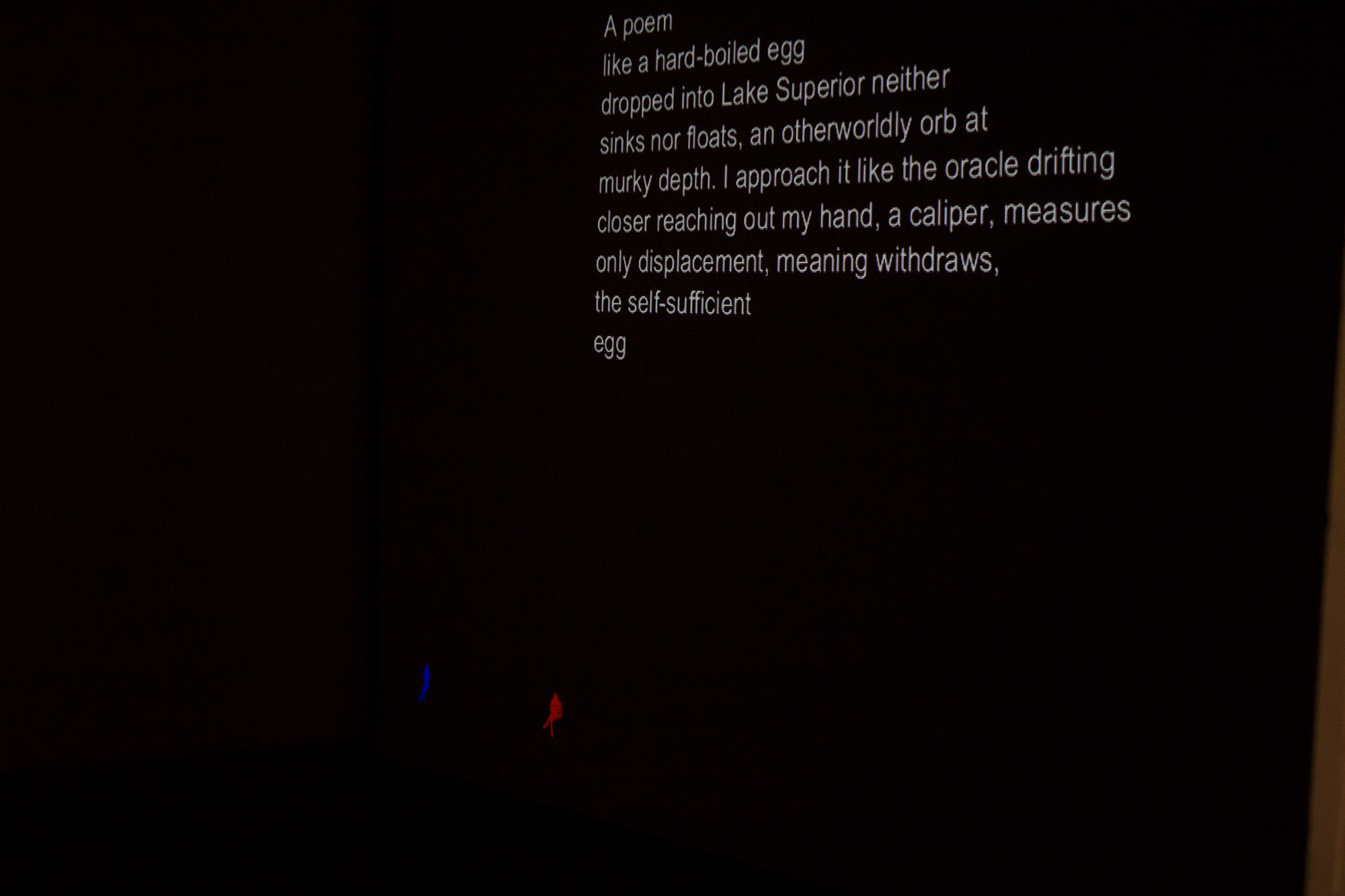 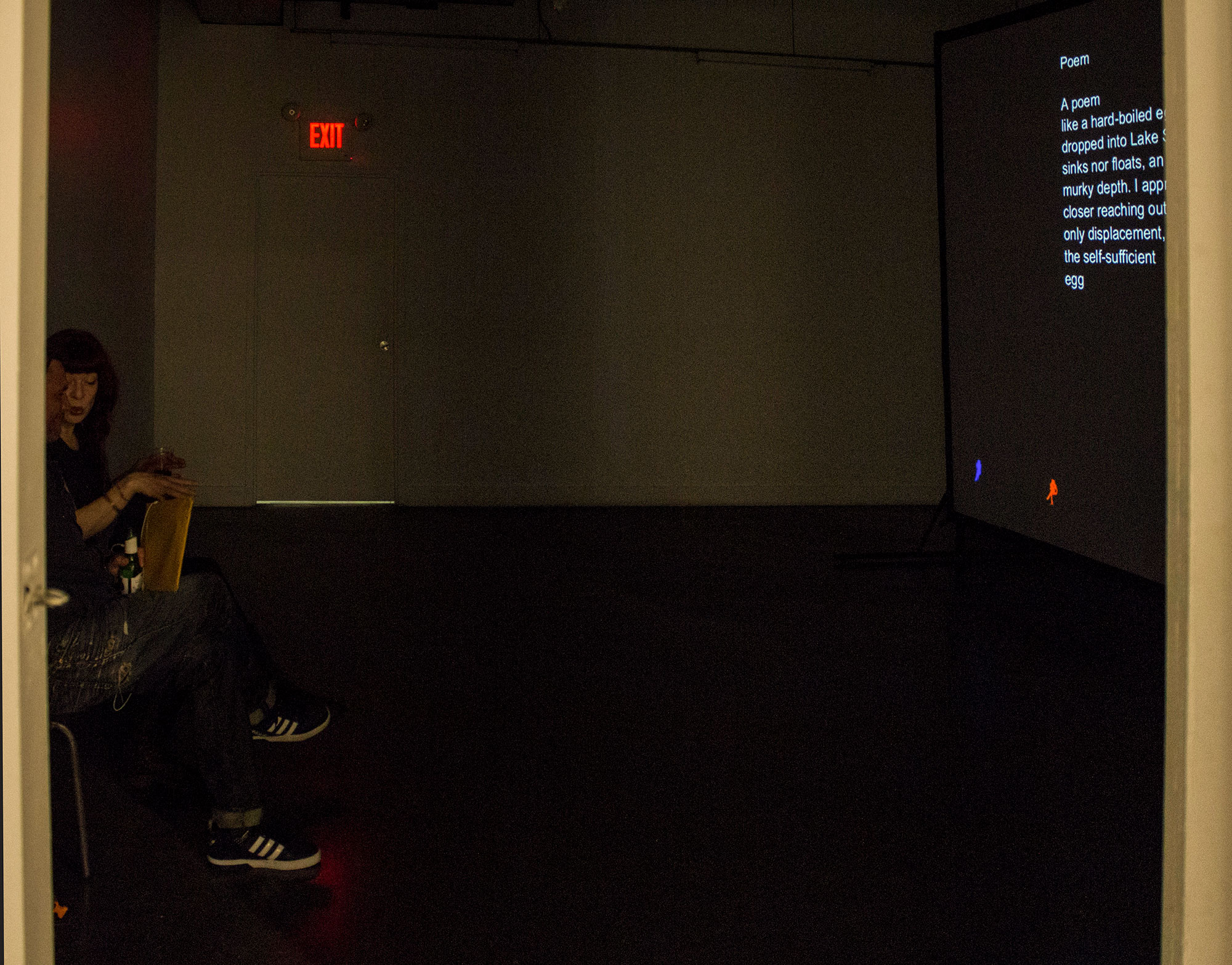 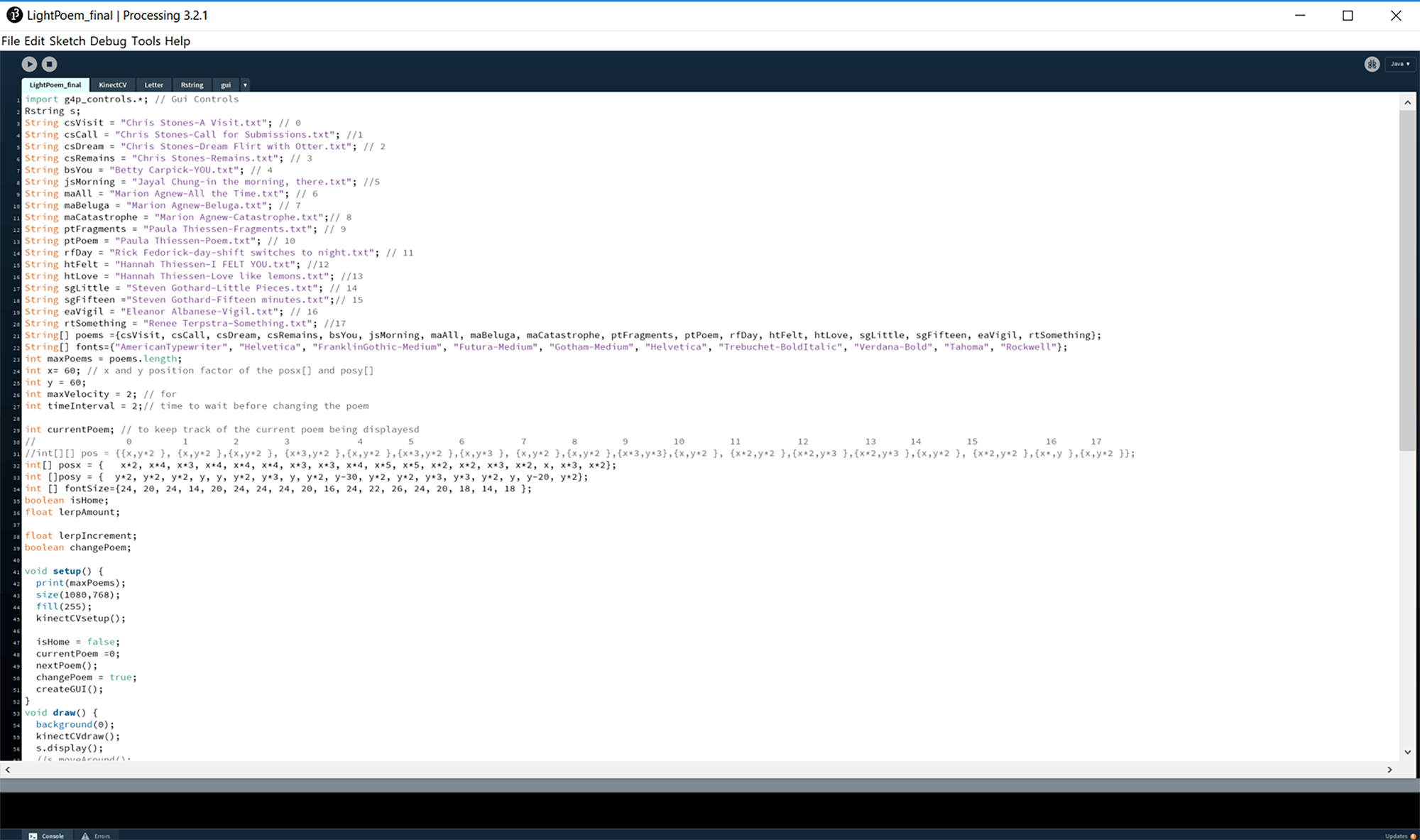 In this interactive projection work, I collaborated with local poets to disperse, animate and reassemble their words through viewers’ presence and their gestures and motion. Upon first entering the space, the viewer sees a projection of seemingly random alphabets constantly moving across the screen. When the viewer come closer to the screen and become still, and is in the range of sensors, words slowly gather and form a poem. If they move too quickly or abruptly, the words disperse. If their movements are subtle, they are rewarded with another poem. This project flips the expectation of real-time interactive experiences where movement is rewarded. In Light Poems slowing down and stillness is rewarded. My intent for this project was to not only connect poetry and movement, and to physically connect audiences with the work of contemporary local writers, but to challenge myself to animate text through code and create a programming logic that would respond to quick, temporal movements.

Technical Details: For this project, the computer receives the sensor data and it runs on an algorithm and logical program that detects and separates human form – or human forms if more than one person is detected in the range of sensors – in the scene. Analyzing the change of light from the previous frame and with the current video frame, the computer logic can decipher the amount, speed and direction of motion and pinpoint its position in space.

The generation of poems and words on the screen is random and is controlled by the programmed logic which looks at the stored database of poems and depending on the sensors reading, picks text and place, animate and arrange it on the screen.